Home / Headline Successful G20 Summit, This is the Message from the President RI and Panglima TNI to Pangdam IX/Udayana

OKEBUNG|
“Let’s be grateful because we have finished carrying out a noble and big task in securing the Presidency of G20 Summit and this has a direct impact on the nation’s pride in the eyes of the international community.”

This was conveyed by Pangdam IX/Udayana General Major TNI Sonny Aprianto, S.E., M.M., during a joint rally which was attended by Soldiers from the Kodam IX/Udayana who were members of the G20 Summit Presidential Security Operation, on Friday (18/11/2022) at the GOR Praja Raksaka Courtyard, Kepaon, Denpasar.

Pangdam further expressed his appreciation and gratitude from the President of Republic Indonesia, Ir. H. Joko Widodo, that the President is very proud and very grateful because the implementation of the G20 Summit which was held in Bali was considered very-very successful.

This is also the message from the Panglima TNI General TNI Andika Perkasa as the person in charge of securing the G20 Summit Presidency, especially VVIP Security, to express his highest gratitude to all Soldiers on duty and involved in the G20 Summit Security Operation.

“As the Pangdam IX/Udayana, I no have words other than to pay my respects to all Soldiers of Kodam IX/Udayana. The success of carrying out this task can be achieved, because I lead soldiers who have a high sense of responsibility, dedication, loyalty and that I have found in the field,” said Pangdam.

His also revealed that while carrying out security duties, the weather was under the hot sun and under the pouring rain, but they continued to carry out their duties with full sense of responsibility. “It is an honor for me to lead Praja Raksaka soldiers who have high dedication, loyalty and integrity,” said Pangdam proudly.

With the presence of world leaders at the G20 Summit, Pangdam hopes that this can be a blessing for all of us, both a blessing for Udayana Soldiers, peoples of Bali and the Indonesian nation and hopefully with holding of the G20 Summit in Bali, tourism in Bali will recover faster return.

Ending his remarks, Pangdam advised that before returning to their respective units, check both personnel and material and always pay attention to safety factors on the way. (Pendam IX/Udy) 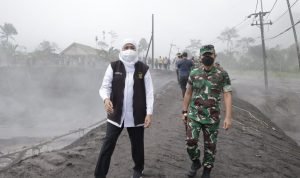 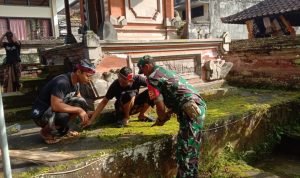 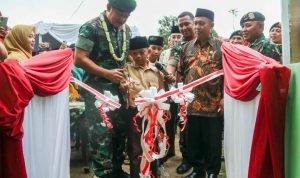 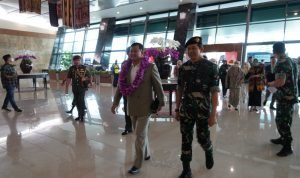 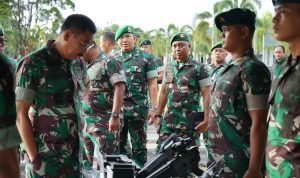 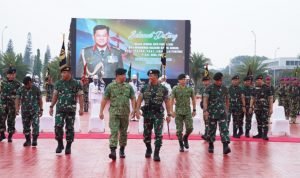